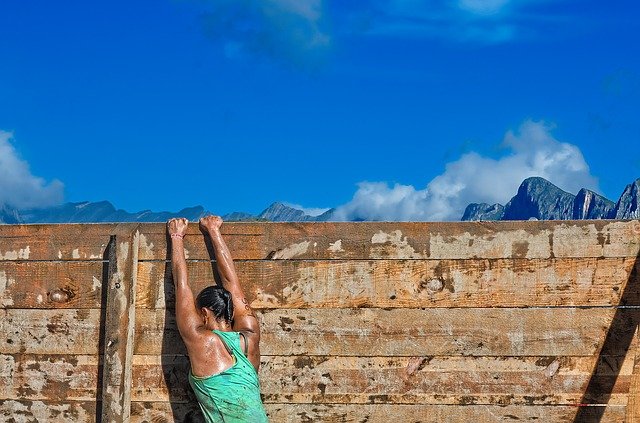 You’ve probably heard the old saying, “tough times don’t last; tough people do.” If you’re anything like me, you probably want to slap the shit out of anyone who says it to you when you’re going through a tough time. Since I prefer to stay out of prison, here are some things I do instead when I need to get through hard times

Short-term hard times could be something like a day when you just woke up on the wrong side of the bed, and nothing’s going right all day. Or something more major like a car accident or burst pipe. Whatever the situation, it’s not going to last more than a couple days or weeks.

Whatever I’m doing when I feel overwhelmed by everything going on around me, I stop. Stop working, stop reading, stop talking, stop everything. This short-circuits my brain so I can begin a new pattern instead of staying stuck in the overwhelm.

That overwhelm might be coming from a rough day at work, bad news from home, a broken pair of glasses, or a computer crash that wiped out your day’s work. Whatever the source, focus your attention on something else entirely until you feel calmer.

Once I’ve stopped whatever it is I was doing, I concentrate on my breathing. There are two kinds of breathing I do: box breathing and forever breathing.

Once my breathing is slower and calmer, I shift my focus to anything else that will occupy my mind. A game of Minesweeper or a crossword puzzle. A different item on my to-do list. Washing some dishes. Anything that’s not what I was doing when I got overwhelmed will work.

There are two ways you can shift focus: the brain-occupying kind and the mind-numbing kind. For brain-occupying tasks, you want to be able to concentrate hard on whatever it is you’re doing. A sudoku puzzle, a complex task at work, and meal planning for the week would all work well.

For mind-numbing tasks, you want something where you can get into a meditative state doing it. Folding laundry, mowing the lawn, vacuuming, sweeping and mopping the floor, anything where your mind can just disengage.

To get through temporary long-term hard times, one thing I find helpful is to create a mantra, 3-5 words that I can repeat to myself over and over. The one I use most frequently is one my Daddy taught me when I was young: “This, too, shall pass.” In fact, I’ve even got a voicemail saved of him repeatedly telling me that.

Another great mantra is “This is only temporary.” Just a straight statement of fact that can halt the anxiety death spiral your brain can whip up at the drop of a hat. I used that when I had to sleep in my car for lack of anywhere safer to go.

When the hard times arise from a new, permanent condition, the means of coping with it have to change. It’s no longer temporary. It’s not going to pass. You’re stuck with it for the rest of your life. But that doesn’t mean you can’t cope with it.

Whenever disaster strikes, you’re going to be thrown for a loop. You might be at a loss for words. You’ll certainly be in some degree of shock. You might want to lean on friends and family, or you may prefer to isolate for a little while. Either way is absolutely okay.

One mantra that has helped me in times like that is “This is my life now. What’s next?” It came from one of my personal heroes, a guy named Jon Morrow. He wrote an incredible blog post, 7 Life Lessons from a Guy Who Can’t Move Anything but His Face. In it, he says, “I forced myself to say, ‘Okay, this is my life now. What’s next?’ After all, I couldn’t change what happened. The only thing I had control over was how I responded to that change, and the first and most critical response was total and complete acceptance.”

He goes on to say, “We’ve all heard the cliché about turning lemons into lemonade, but to do that, you can’t be pissed off at the lemons, go into denial about the existence of the lemons, or get depressed because you’re tired of making lemonade. You just have to grab a lemon and squeeze the shit out of the motherfucker.”

What Jon is talking about is radical acceptance.

Radical acceptance is a distress tolerance technique designed to keep pain from turning into suffering. As one of my Messages from the Wall says, “Pain only causes suffering when you refuse to acknowledge the pain.”

Radical acceptance helps us avoid getting bogged down in thoughts such as “this is unfair,” “why me?”, and “why now?”

In radical acceptance, you acknowledge reality without responding by throwing a bitch fit or willfully ignoring it. In other words, you grasp the idea, “it is what it is.”

How to practice radical acceptance

First, notice when you’re questioning reality. It shouldn’t be this way, that didn’t have to happen, etc. You need to stay grounded in reality to maintain your carefully managed mindset. To do otherwise, well, that way lies madness.

Next, remind yourself that reality is what it is, and can’t be changed, no matter how much you would wish it were so. There’s no room for fantasy and dreamland in radical acceptance. You have to deal with what life’s actually handed you.

Then remind yourself that there are reasons why reality is what it is. In my example, some reasons are genetic, some are environmental, and some are currently unknown. Key word there: currently. Just because I don’t know them right now doesn’t mean those reasons aren’t out there. I could sit and navel gaze for months about the unknowns, but since they’re unknowable by definition, it’s better if I just accept that I can’t know yet.

Next, accept with your whole body, mind, and spirit. How do you accomplish that? Use these:

You could list all the things you would do if you did accept the facts, then do those things as if you have already accepted the facts. If I accepted that I was living with mental illness, I would probably see a psychiatrist and take the medication they prescribed. I would see a therapist of some sort. I would also look into things like mindset work, mindfulness, personal development books and blogs, and support systems for people with mental illness. I did, and still do, all of these things.

Imagine playing “let’s pretend” about what you don’t want to accept. Practice what you would do if you could believe what feels unacceptable. When it first became clear that I was disabled, I had a really hard time accepting it. I was the woman in the gym 6 days a week! I couldn’t be so weak I couldn’t hold my head upright! I could have taken some time and really dug into practicing what I’d do if I could accept being disabled. I spent years playing house when I was a kid; I’d have been pretty good at playing disabled.

Pay attention to how your body feels and reacts as you think about what you need to accept. You may feel pain or discomfort. Your heart beat could increase. You might feel tightness in your chest as your breathing gets faster.You’re liable to get a headache or feel lightheaded.

Let it be ok

Let it be ok to feel sad, depressed, disappointed, frustrated, or angry. Any emotion you feel is true and valid. Don’t try to suppress these “negative” emotions — emotions are neither positive nor negative; they are neutral until our actions make them positive or negative. Let’s go with “generally undesirable” instead, since nobody wants to feel sad, angry, or all the rest. Feelings are there to be felt – so feel the hell out of them. Give yourself time to wallow if you need it, but definitely give yourself some space to feel them, even if it’s just a few minutes at a time.

Acknowledge that even when there is pain, life is worth living. Even in the midst of a thunderstorm, you can recognize the beauty of the lightning. Stuck in a traffic jam, you can enjoy listening to the radio or a favorite podcast. There’s an upside to most situations you come across in life. Even something like becoming disabled; if that hadn’t happened to me, I’d never have started Kriss Judd Coaching. And then where would we be? 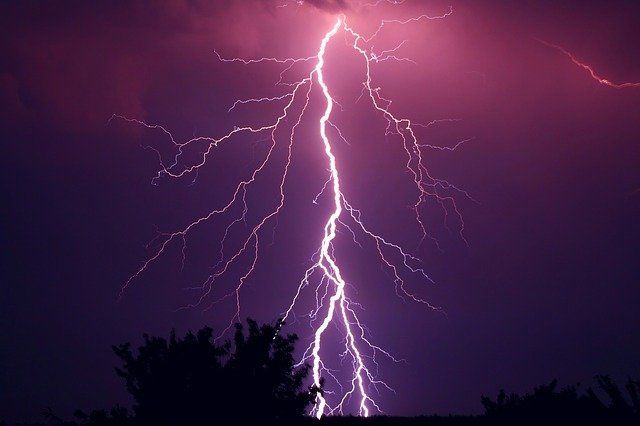 If you find that you’re still struggling with radical acceptance, do a pros and cons list. (Pros and cons lists are great for so many other situations that it’s good to practice them anyway — I had a hard time with this one!)

The pros and cons of radical acceptance

Some years ago, I went out running errands before going to my weekly business meeting. And I was thoroughly…. braced. Very, very braced. Both ankles, both knees, and my back. Couldn’t use a cane, much less the two I needed, as my shoulders had joined my lower joints on strike. So I wobbled along very, very slowly.

One older gentleman asked me, in a voice full of concern, if he could help me with anything. “Oh, no sir, thank you… I’m doing great!” He apparently decided I’d taken leave of my senses, as he incredulously asked if I was sure. “Yessir, I’m doing great!”

Now, was I doing great physically? No, of course not. I was in a fair amount of pain and not entirely sure I wasn’t going to fall over. So did I lie to that helpful old man? Nope. I’d decided that I was great… so I was. I accepted the situation, accepted what my body was doing, and accepted that there wasn’t a dang thing I could do about it. That acceptance let me have the self-esteem I needed to be great, despite the physical infirmity I was dealing with.

I’ve lost two women who stood in as surrogate mothers. Three of my grandparents. My ability to walk more than a few feet without falling over. (It’s slowly coming back, praise the gods!) I’ve had to be spoon-fed by my caregiver. People I love dearly have had cancer. Severe anxiety. Suicide attempts. I have serious mental illness, fibromyalgia, arthritis, and other conditions that leave me in constant pain. As I write this, I have my eyes closed, because the glare of the computer screen is triggering my trigeminal neuralgia, causing lightning bolts to shoot through the nerves in my face.

And let me tell you, this shit fucking sucks.

But this is my life now. What’s next?

For more about getting through hard times, check out 26 awesome quotes (plus a great poem) about coping with adversity, How to stay productive, even when you’re depressed, and How to cope when you can’t cope.